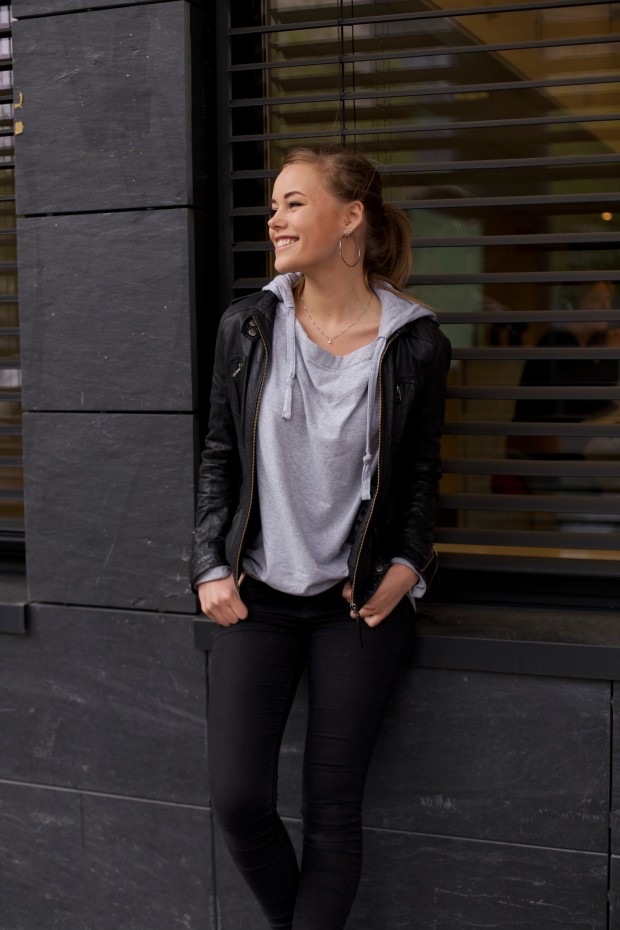 Yesterday I was all about my classic go-to look. A grey hoodie and my oldest leatherjacket. The combo of black and grey can never be wrong, so it’s perfect for those days when you have too much to do to want to spend time getting dressed. I threw in my new bracelet from BiBiehl (sponset) to set the final touch. I think these bracelets are really cool. You can choose between so many beautiful pods that you can see here. Great gift idea where you can mix and match your favorite pods in gold, silver and rose gold.

Now I’m off to Trondheim for the weekend, so I’ll talk to you from there! 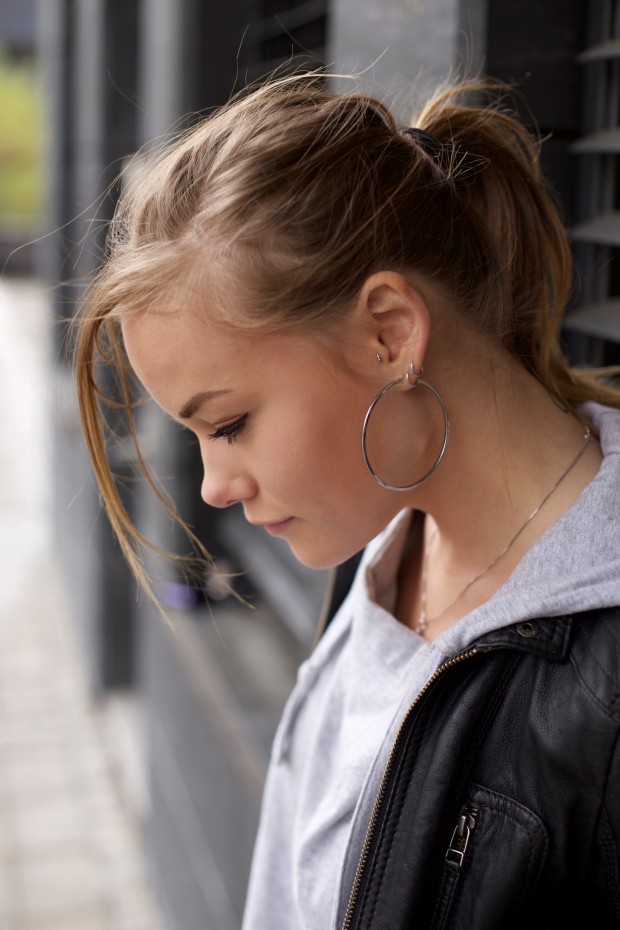 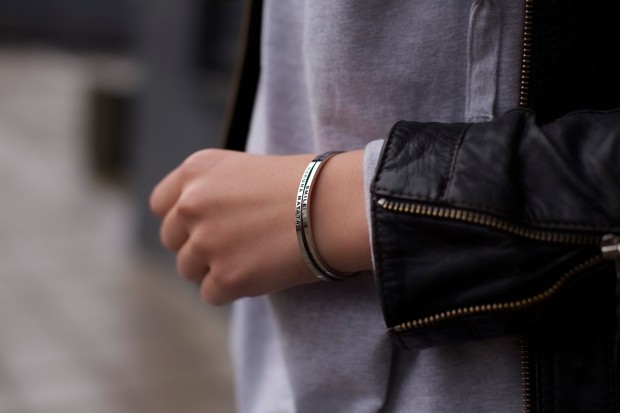 A little sneak peek on tomorrow’s look wearing my favorite Mantraband bracelets (sponset). Remember the giveaway I had last week? Now I’ve chosen the winners. So if you won, please send an email to [email protected] so you can get your bracelet!

If you didn’t win, you can still buy your favorite mantra bracelet at www.mantraband.com! ♥ 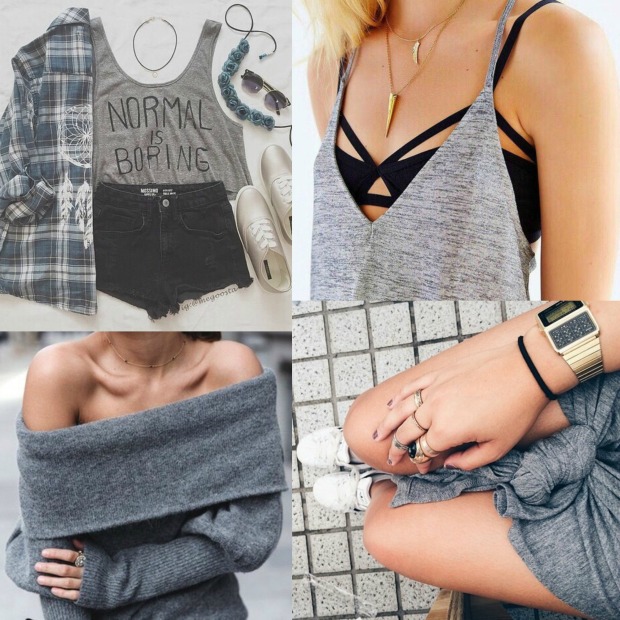 5. May 20155. May 2015Leave a comment
Sponsored post in collaboration with Coca Cola
Anyone who’s had their heart broken? I know I have, and it’s a feeling that I wouldn’t wish upon my worst enemy. I’ve experienced my heart break once, and it’s an ache I never want to feel again.

Coca-Cola has done a study in Europe, and it shows that Norwegian youth are among those who takes a heartbreak the hardest. As an ambassador for Coca Cola’s #choosehappiness-campaign I want to talk to you guys about this a bit. I’m never really personal on my blog, but I’m going to be on this matter. Because talking about it to friends, or anyone you trust really, when experiencing a heartbreak is  very important. It may feel like your world is crushed, but you will get through that period, and things will get better again. Even when the only thing you want is to sit there and cry your eyes out because nothing else feels even close to possible.
I was cheated on once, and it hurts. It hurts more than i could have ever imagined. And I sat with the feeling that it was my fault – that I was the mistake, and I wouldn’t let go. I wanted to talk to him and fix things, when I should have just let go. And it wasn’t until I let go of him and the memories that I truly got over him. Getting rid of the memories was for me important to let go, I had to give away everything I had ever gotten from him, so I had nothing to look back on. Doing this made it possible for me to look forward. 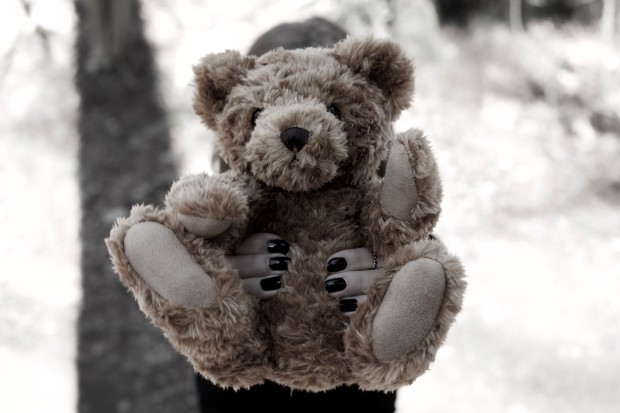 No matter what, things will get better – even if it takes time. Today I have a new boyfriend, and he’s the best thing that’s ever happened to me. He supports me, cares for me, I can trust him, and he makes me happier than ever. If I had to go through a heartache to get what I have now I would say it was worth it. I’ve learned from my mistakes, and I now have a guy in my life that I wouldn’t want to trade for anything in the world – my current relationship is a dream come true.
And I want to encourage all of you to do the same. Donate something from an old relationship with the hashtag #choosehappiness on instagram, and then you’ll also be in the draw for two tickets to the Findings festival in Oslo may  29.-30.
! And for all my readers in Oslo – post a picture, and there’s a great chance Coca Cola will come and pick up the thing you posted and leave Coca Cola at your door!
4. May 20154. May 201528 Comments

I received this beautiful bikini a couple days ago, but sadly it was too small. That’s why I decided to give it to one of my lovely readers! This is the Aurora bikini in size Small (Todiefor.com)

Here’s what you have to do to win:
1) Follow @todieforswimwear
2) Tag 2-3 friends in the comments section on THIS instgrampost (link) that you´d like to go on a vacation with.
3) Leave a comment on this blogpost telling me your instagram username and email.
A winner will be presented here in 5 days as the winner. Good luck! ♡
1. May 20151. May 2015Leave a comment

“Snakes killed for their skin are often nailed to trees and skinned alive before being tossed into a pile to die. They can suffer for days before succumbing to shock or dehydration. Pythons often have a hose inserted into their mouth and are pumped full of water to make them easier to skin. Alligators on farms are often beaten with hammers and sometimes take up to two hours to die.”

I’m not the one fighting the most for animal rights, even if this is something I do care a lot about. Torturing reptiles like this to use their skin for our fashion is simply wrong, and together we can do something about it. I’ve signed up for PETAs petition to make the European Union ban the sale of all products made from reptile skins in the European Union, and I hope some of you will do the same.

You can sign up for the petition and read the full case HERE.

The video below shows how these reptiles are treated, and it’s horrifying to watch. And I want to warn you that the images are very strong before you watch.